One of the Saukville WasteWater Treatment Facility's (WWTF) greatest challenges in providing quality effluent to the Milwaukee River is "I/I" - Inflow and Infiltration of stormwater into the the sanitary sewer system. Inflow is when clear water, usually rainfall, from illegal connections of sump pumps, down spouts, and foundation drains is channeled directly into sanitary sewer pipes. Infiltration is when groundwater seeps into sewer pipes via cracks or leaky joints.

The Village Sewer System was designed and built for the purpose of conveying water and human waste to the treatment plant. Sinks, toilets, and sewer drains are not trash cans. Sewage treatment plants are designed to remove organics from raw wastewater - anything non-biodegradable or toxic may not receive proper treatment or may even have an impact on the overall function of the treatment facility.  We all need to take care in what we put down our drains!

View a brochure (PDF) on how to maintain your sanitary sewer service lateral.

Please remember to check your sump pump and make sure it is hooked up correctly to the sump pump discharge lateral and not to  the sanitary sewer system. Per Village Ordinance, it is illegal to hook-up or discharge storm water or clear water into the Village’s sanitary sewer lines. Since all discharges to the sanitary sewer end up at the treatment plant, this creates additional problems to properly process the wastewater for eventual discharge to the river. If you have any questions, please call the Utility Department at 262-284-3185. 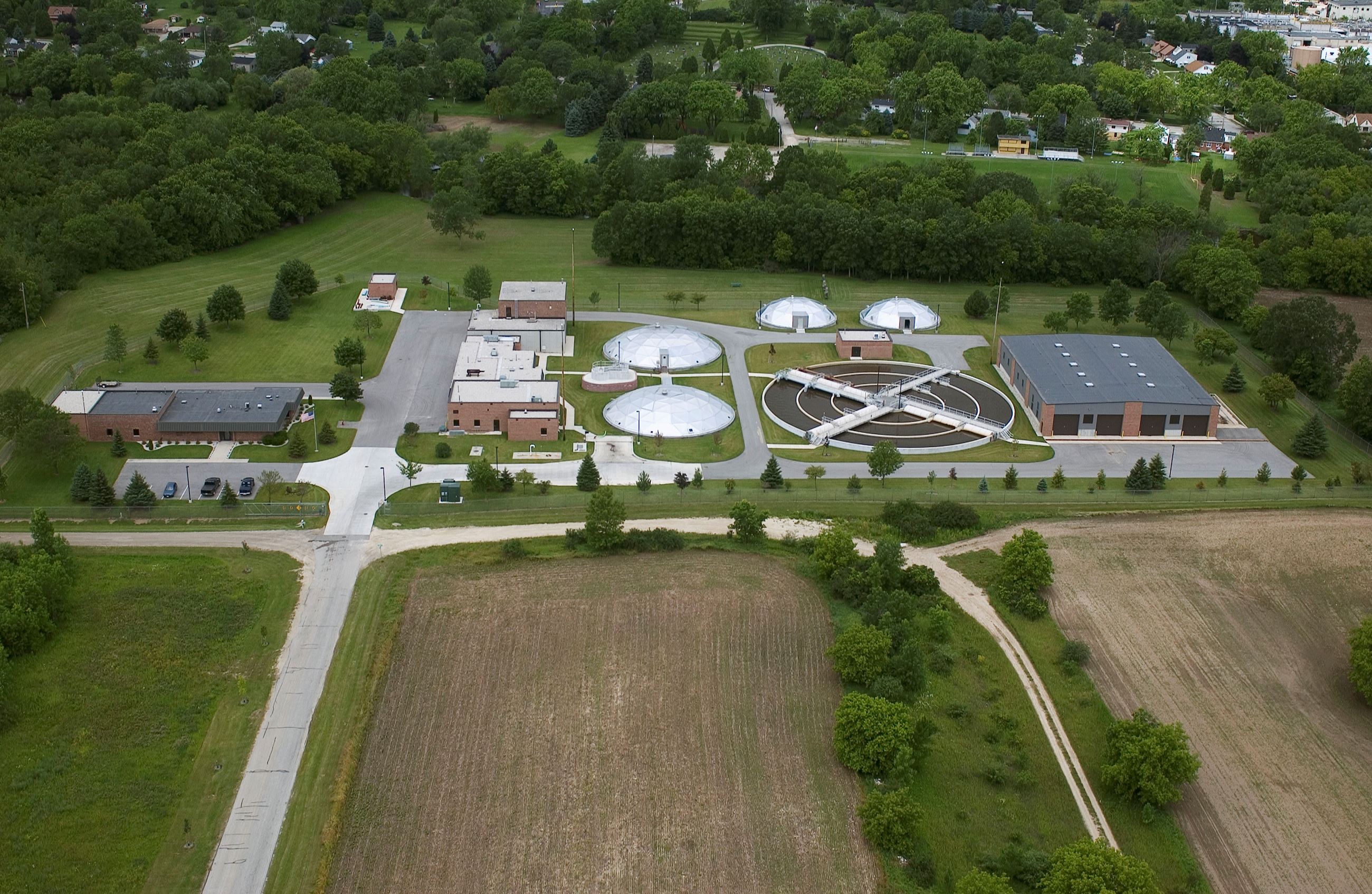 History
Saukville's first sanitary sewers were installed in 1938. The collected sewage flowed untreated into the Milwaukee River until 1959 when the first treatment facility was constructed. This facility was designed for a population of 1,400 and a flow of 280,000 gallons per day. By 1975, the population of Saukville was over 2,700 and the flows exceeded 287,000 gallons per day.
In 1981, Saukville completed an upgrade and expansion of its wastewater treatment facility. An interceptor needed to be constructed under the Milwaukee River to convey wastewater from the west side of Saukville to the treatment facility. Through the years, the facility went through upgrades and modifications, including conversion of one of two treatment package plants to find bubble aeration, construction of a sludge press building, and a sludge storage facility.
In 1998, the Village began facility planning for expansion of the wastewater treatment plant to accommodate growth for the next 20 years. Design for the expanded facility began in 1999; constructed started in early 2000; and substantial completion was achieved in fall 2002. After completion, the facility occupies the entire original 7 acre plant site. The Village has obtained additional area for future expansion.